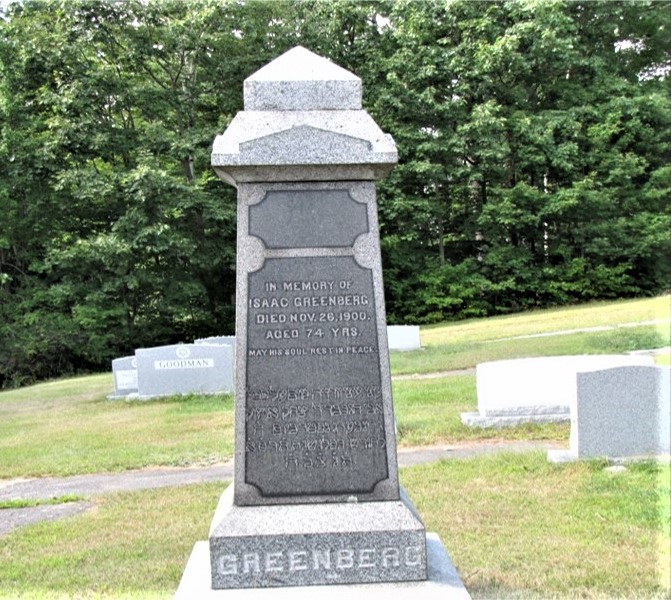 Thank you to Elliott Epstein for the photo
Note: German and East-European Jews first began to move to Lewiston-Auburn in small numbers in the decade after Civil War, attracted to the prosperity and economic opportunities generated by the textile and shoe industries. Initially most were probably itinerant peddlers who did not put down roots. Isaac Greenberg, an immigrant, was an early arrival who stayed. His name first appeared in the city directory in 1877 with his occupation listed as peddler. He died in 1900 and is buried in Beth Jacob Cemetery in Auburn
Links to People:
:  Issac   Greenberg ;
Related organizations:
Beth Jacob cemetery;
tags