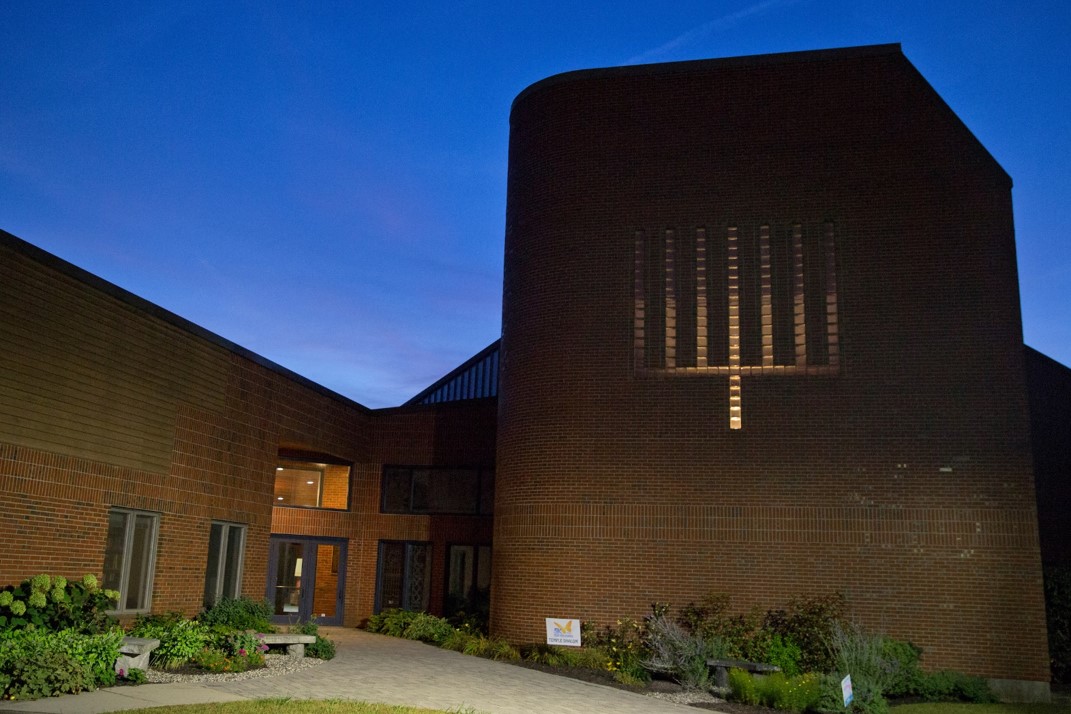 previous
Back to Latest Additions
next
Thank you to Elliott Epstein and Phyllis Graber Jensen and for the photo
Note: In 1982 Temple Shalom (pictured below) on Bradman Road in Auburn opened its doors, replacing Beth Jacob Synagogue and the JCC. This occurred at a time when the local Jewish population was still at its peak, numbering well over 1,000. By the end of the decade, due to changes in the local economy (notably the offshoring of shoe manufacturing and replacement of family-owned retail stores by malls and chain stores) and to broader demographic trends (the shift in Jewish population from small cities and towns to larger urban areas), the numbers of Jews living and working in L-A and hence synagogue membership went into decline. Currently Temple Shalom has fewer than 100 member families but has learned to do more with less. Thanks to the inspired leadership of Rabbi Sruli Dresdner, able assistance of Rebbetzin Lisa Dresdner, and dedication and enthusiasm of the congregation, Temple Shalom has continued to hold regular religious services and maintain a robust program of social and cultural events.
Related organizations:
Temple Shalom;
tags