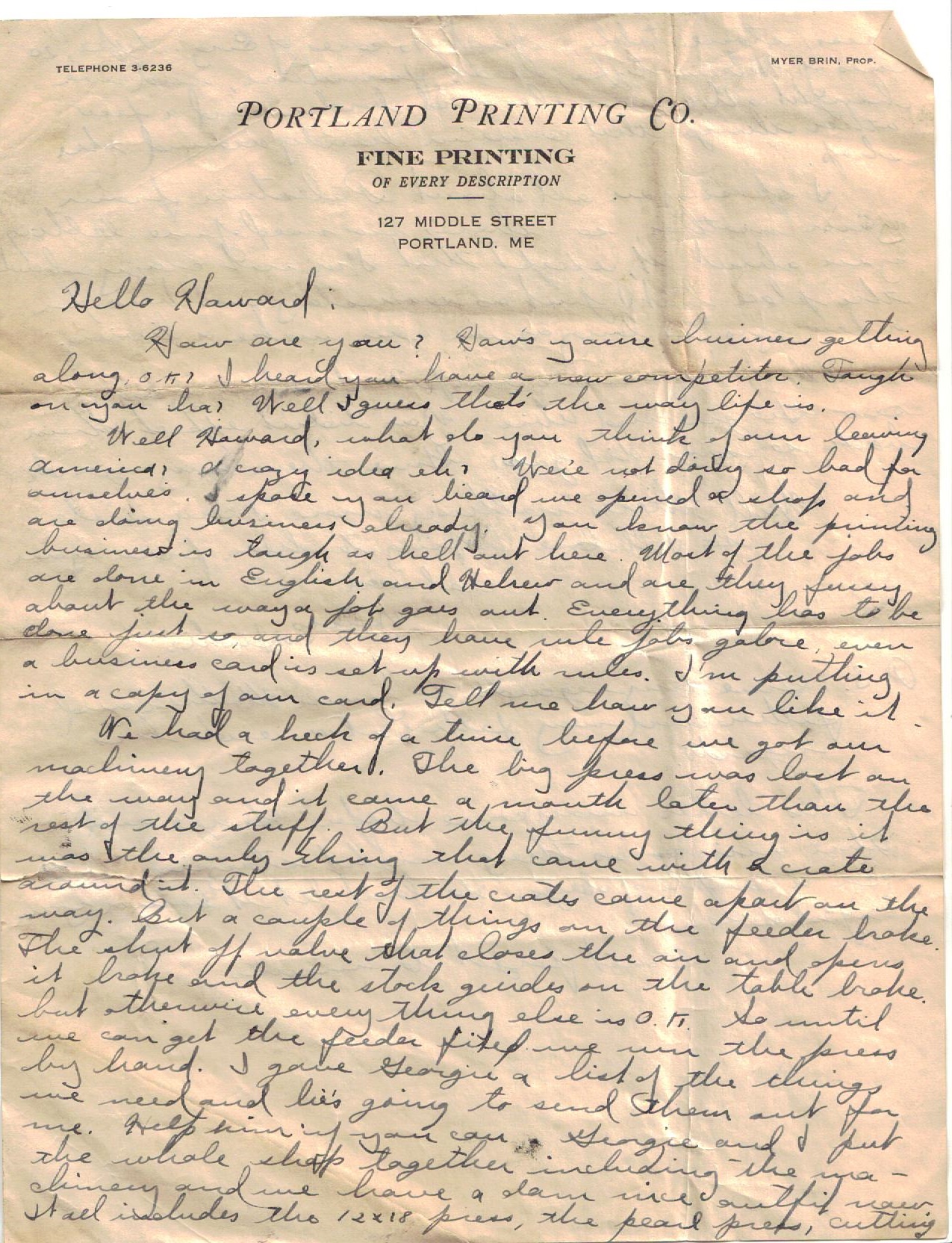 Thank you to Steve Hirshon & Steven Brinn for the photo
Note: Steve Brinn- " As near as I can tell this letter was written in 1934 or 1935 right after my father and grandfather moved to Israel and opened their printing business in Tel Aviv. My dad graduated from Portland high school in 34 and my grandfather was a Zionist ( my father's middle name was Zion), and wanted to move the whole family to Israel as soon as my dad graduated. My fathers sisters both moved to Israel as well for limited amounts of time. My grandmother stayed in Portland. Before leaving for Israel Myer ran a printing business in Portland and Steve's father Howard apprenticed there. Evidently Howard and my Dad became friends from that exposure together. The shop in Israel was moderately successful and was around for almost ten years. When the war intensified my dad decided to return to US to enlist in Coast Guard in 1942 rather than be drafted into the British army and that precipitated the end of the printing business. My father never lived in Israel again but my grandfather moved back there in the early 70's and died there and is buried there. He died a fervent Zionist. My brother has lived in Israel for 30 years and has four children so four generations of Brinn's have made Israel their home which would have made my grandfather very happy.
Links to People:
:  Myer   Brinn   Julius "Hudy"   Brinn  ; Howard   Hirshon  ; Steve   Brinn  ;
tags