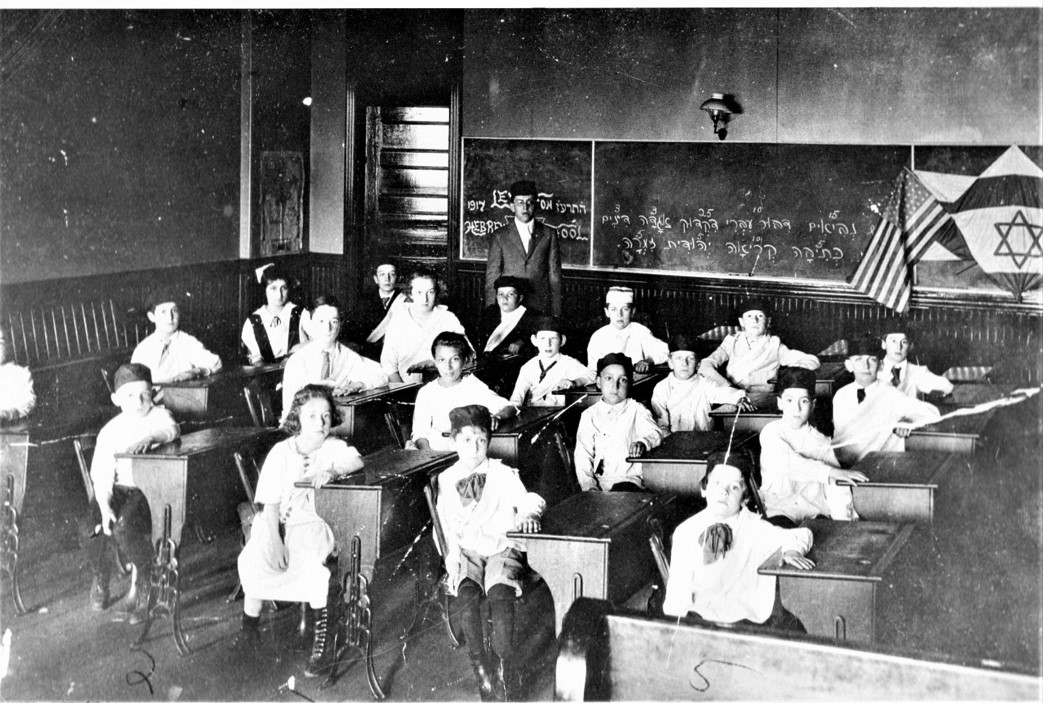 previous
Back to Latest Additions
next
Note: Religious schools for Jewish children were established in Lewiston-Auburn as early as the 1890s. This 1917 photo of Beth Jacob Hebrew School shows the influence of Zionism on religious education. The class includes girls as well as boys. Modern Hebrew words are chalked on the blackboard, and the Zionist Movement flag (designed in 1891 and later adopted by the State of Israel in 1948) hangs next to the American flag.
Links to People:
first row (far left) front to rear:  Frank   Tarr   Ben   Abromson  ; Esther   Abromson; Myer   Canter  ;