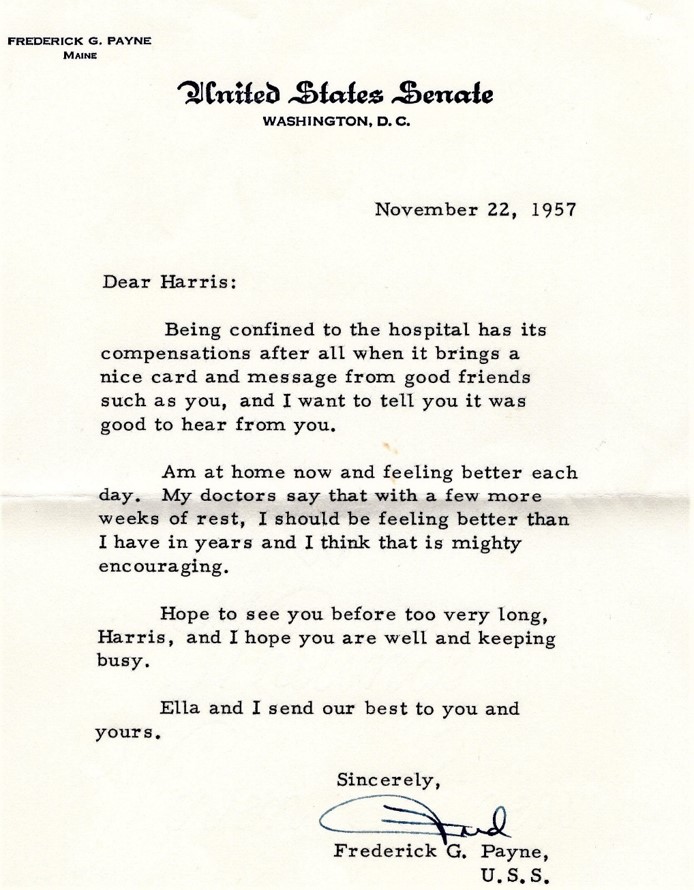 Thank you to Elliott Epstein for the photo
Note: Harris Isaacson, like many Lewiston-Auburn Jewish professionals and business people of his generation, was active in Republican politics. This 1957 note from U.S. Senator Frederick G. Payne shows that he and Payne were on a first-name basis. Payne was Maine's GOP Senator from 1953 to 1959 and had previously served as the State's governor from 1949 to 1952
Links to People:
Harris   Isaacson
tags