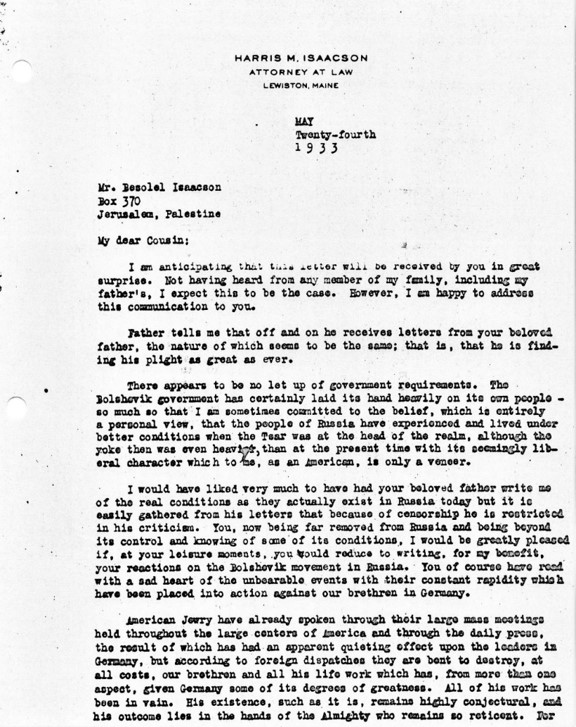 Thank you to Estate of Marilyn Isaacson Simonds for the photo
Note: Harris Isaacson closely followed events in Europe in the dark years leading up to World War II. In a letter to his cousin in Palestine, dated May 24, 1933, less than four months after Adolph Hitlers appointment as German Chancellor, Isaacson expressed grave concern for the future of German Jewry. His words, that Germanys leaders were bent to destroy, at all costs, our brethren and all his life work, were prophetic.
Links to People:
Harris   Isaacson
tags