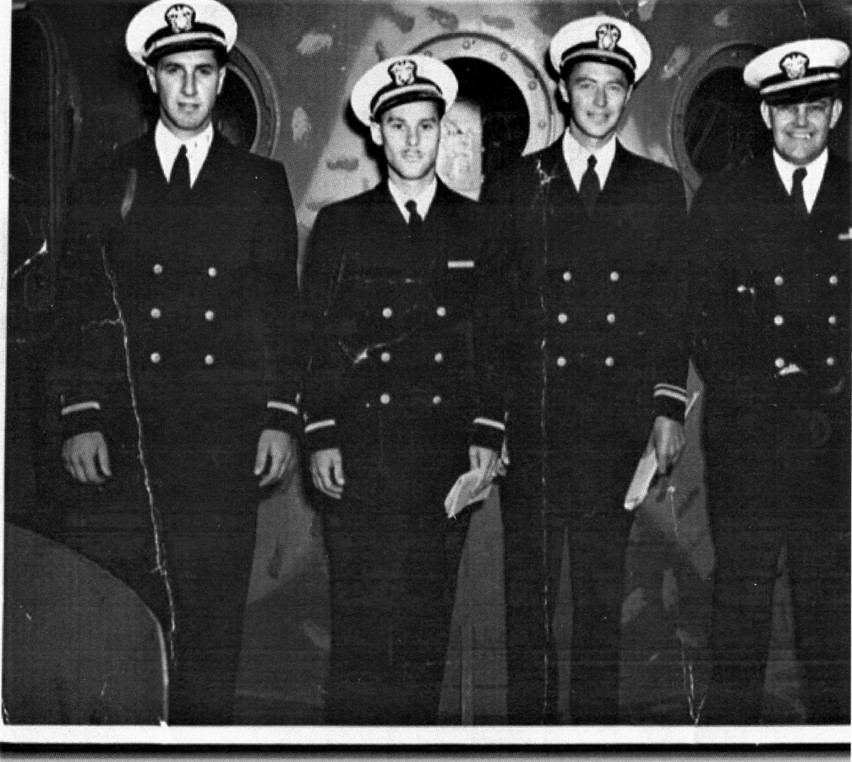 Thank you to private collection of Louis Scolnik for the photo
Note: Louis Scolnik, a future lawyer, founder of the Maine Civil Liberties Union, and a Maine Superior and Supreme Court justice, served with the Navy in the Pacific during World War II after graduating from the Bates College accelerated V-12 program. He was one of a number of local Jewish men who joined the armed forces after the U.S. entered the war.
Links to People:
Louis   Scolnik
Related organizations:
U S Navy;
tags