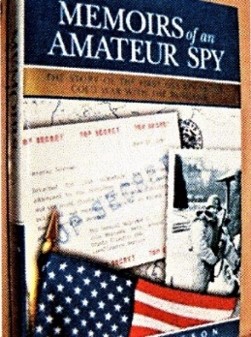 Thank you to Elliott Epstein for the photo
Note: Irving Isaacson, an Auburn native, served as an OSS commando during World War II and parachuted into Holland to work with the Dutch resistance against Nazi occupation forces. In 1945 after the end of the war, Isaacson deployed to eastern German on the border of the Soviet and U.S. zones of military occupation, where he spied on the Russian troop deployments. The Soviet Union was then Americaï¿½s ally but was soon to become its enemy in the Cold War. In 2001, he published this book recounting his experiences.
Links to People:
Irving   Isaacson
tags