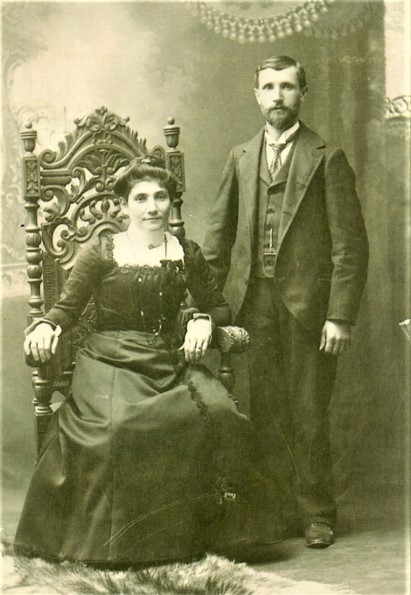 previous
Back to Latest Additions
next
Thank you to Estate of Marilyn Isaacson Simonds for the photo
Note: Many of Lewiston-Auburns late 19th century Jewish settlers were members of the Isaacson and Alpren (also known as Halperin, Alpert or Alperowicz) families, who emigrated from an area northwest of Minsk in Belorussia and frequently intermarried. The marriage of Harry Isaacson and Eva Alpren, was one such union. Harry was from Radoshovichi and Eva from Krasnoe. They moved to Auburn in the late 1890s, where Harry became a peddler and junk dealer
Links to People:
:  Harry   Isaacson ; Eva Alpren   Isaacson  ;
tags