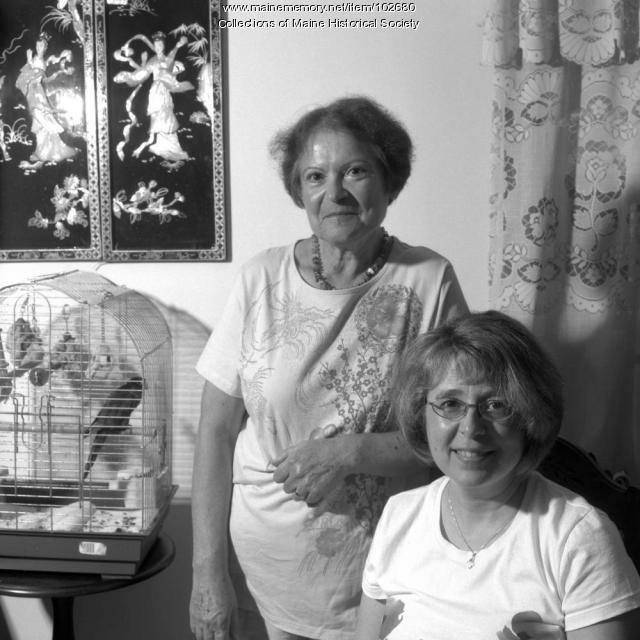 Thank you to Maine Memory Network for the photo
Note: https://www.mainememory.net/artifact/102680 .) @Roberta Kornfeld Gordon Lana Shkolnik and her step-mother, Galina Antonovskiy immigrated from Russia to Maine. I can say it out loud, Im a Jew, said Shkolnik in 2009, who relished no longer needing to hide her identity. Even though they had led a largely secular life typical of all citizens in Soviet days, the Shkolniks suffered religious persecution, which qualified them for refugee status. While Galina Antonovskiy had a rewarding career as a chemical engineer, she believes she could have moved into a higher management job if she had not been Jewish. She kept quiet about her religion, because anti-Semitism reared its head unexpectedly and often in Russia.
Links to People:
:  Lana Shkolnik ; Galina Antonovsky;
tags