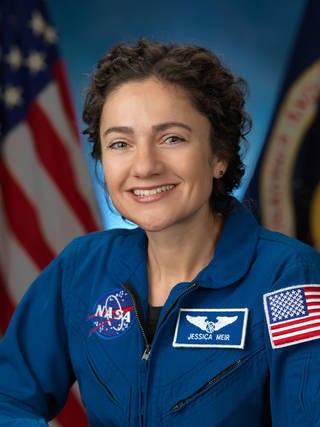 Thank you to Maine Public and Eric Bloom for the photo
Note: On this day in Maine's history, July 1, 1977, Jessica Ulrika Meir was born in Caribou. An educator, marine biologist, physiologist, and NASA astronaut, Meirs career includes serving as Assistant Professor of Anesthesia at Harvard Medical School, researching comparative physiology at the University of British Columbia, and studying emperor penguins in Antarctica. In June 2013, she was named an astronaut candidate by NASA, becoming one of the eight members of NASA Astronaut Group 21. On October 18, 2019, Meir and Christina Koch were the first women to participate in an all-female spacewalk.
Links to People:
:  Jessica Ulrika Meir ;
tags