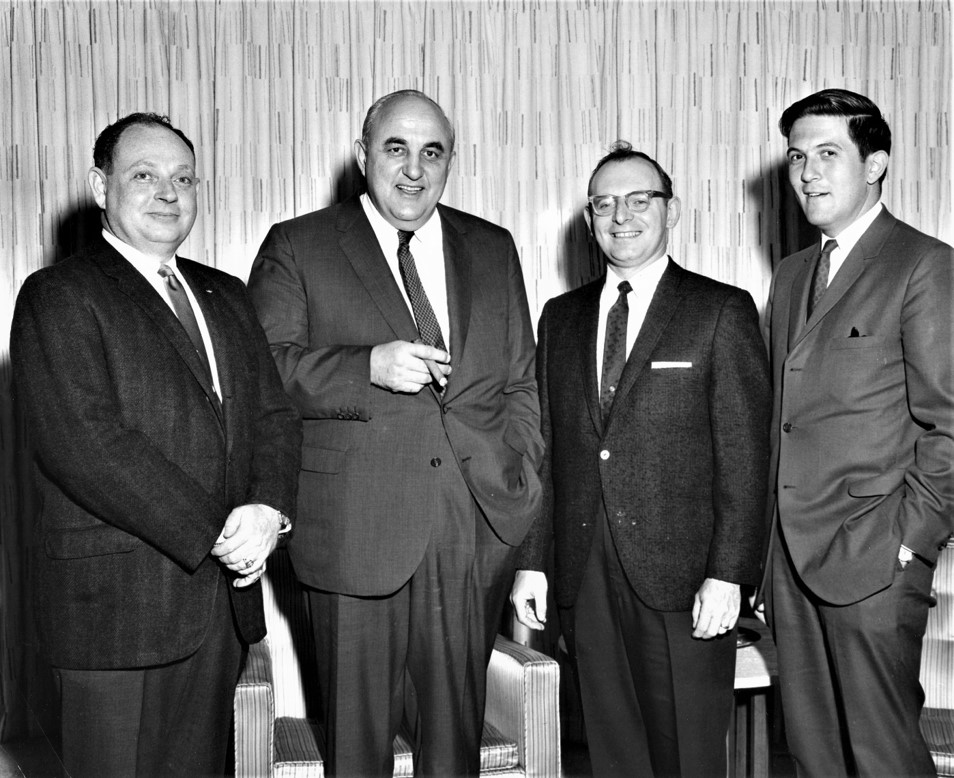 Thank you to Elliott Epstein for the photo
Note: This 1966 JCC photo depicts a cross-section of the type of businessmen  shoe manufacturers and small retailers -- that continued to provide dependable financial support for the Center and Lewiston-Auburns two synagogues through the 1980s: left to right, are Stuart Cohen and Norman Izenstatt (both from the shoe industry) and Julius Wise (a Lisbon Street merchant). Pictured on the far right, Joel Abromson (son of Food Town co-owner John Abromson) was illustrative of another trend -- the tendency of the younger generation of L-A Jews to move to larger urban centers. Abromson, whose family was a pillar of the local Jewish community, was raised in Auburn but settled in the Portland area, where he and his wife, Linda, became deeply involved in local and state politics and civic affairs. He served four terms in the Maine State Senate from 1995 until his death in 2002.
Links to People:
:  Stuart   Cohen ; Norman   Izenstatt; Julius   Wise  ; Joel   Abromson  ;
tags